A Recipe For Millet Porridge 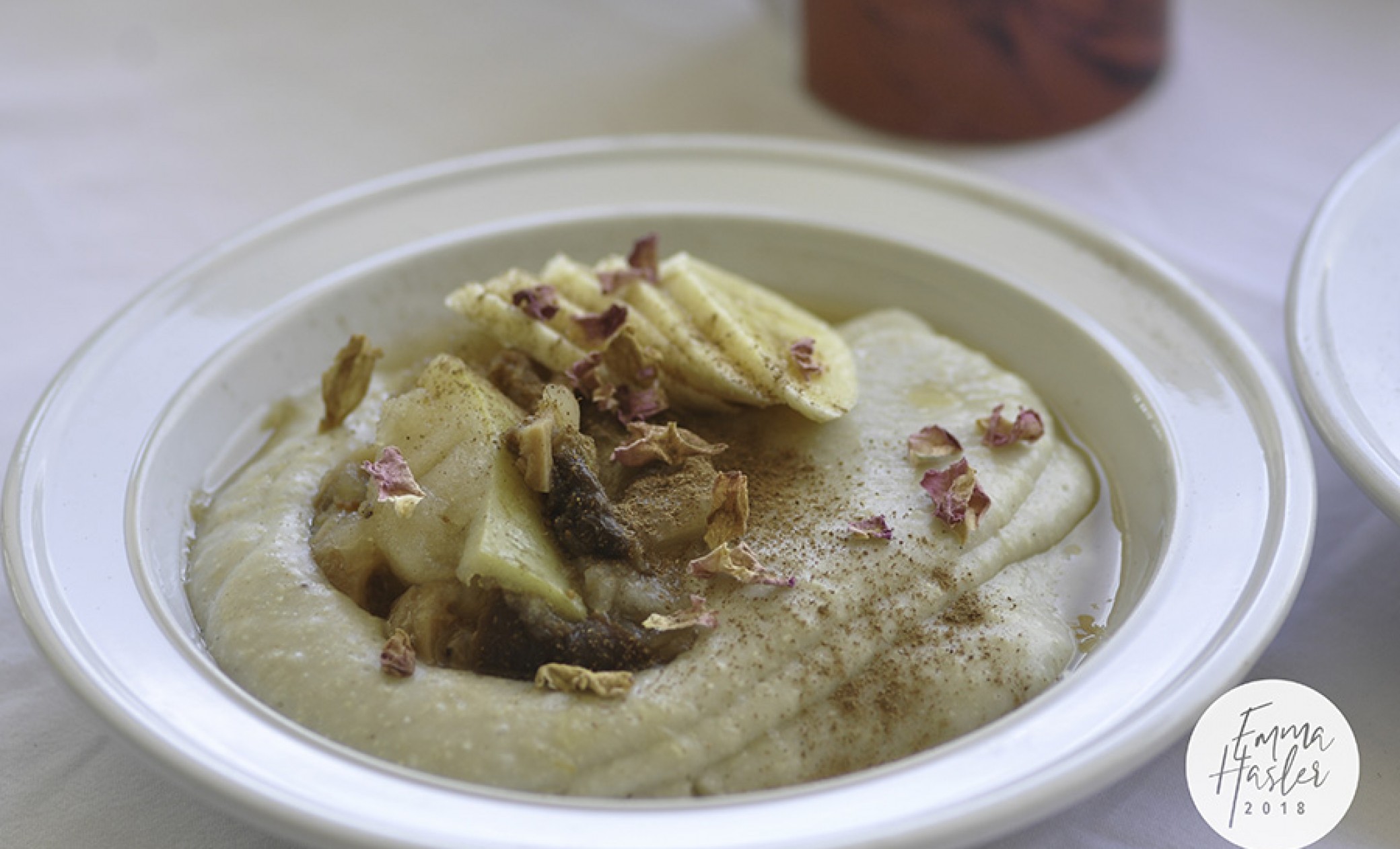 JUMP TO THE RECIPE
After a recent visit down south I got to see first hand what a lot of the Vegan Chefs are up to since they have graduated from the vegan chef training we run.
To say I am proud is a massive understatement. I feel it is time to show off what incredible work some of the graduate vegan chefs are doing. This has been a long awaited blog post as many keep asking me what everyone is up to. For those who are not interested scroll down to the recipe for the millet porridge as it is a goodie and actually one of the recipes I teach in the Ayurvedic module of the Vegan Chef Training.
For those keen to keep on reading (and I hope you are many) there have been three groups of people who have attended and completed the vegan chef training through Veet’s Vegan Cooking School. They worked incredibly hard during the training as well as in their time away from the training and continue to work hard since becoming vegan chefs. Some graduates are not included in this blog as they are still in the process of creating their businesses and are holding down full time work in other professions or travelling around the globe. 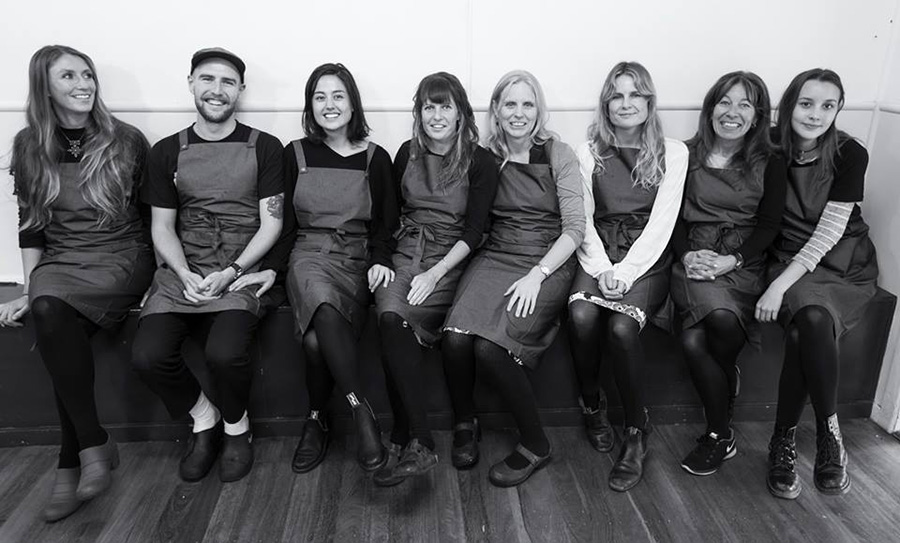 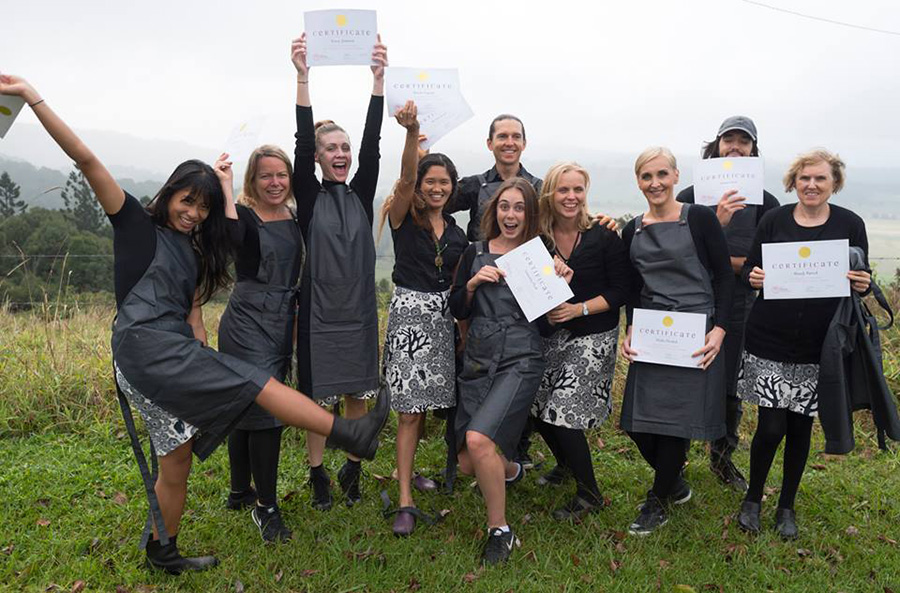 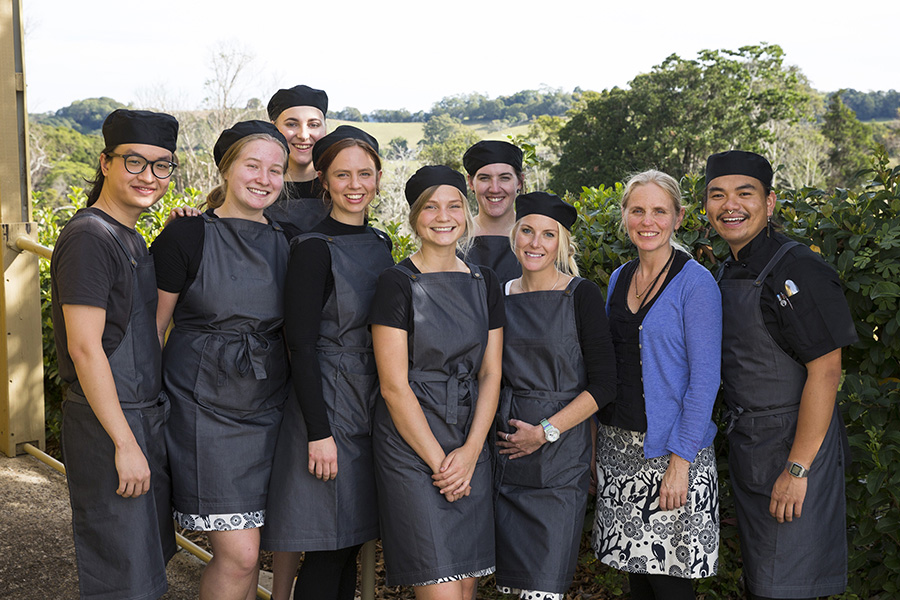 GRADUATION STUDENTS 2018
Over the last three years twenty five people have graduated as vegan chefs through Veet’s Vegan Cooking School. Here is what some of them are up to. 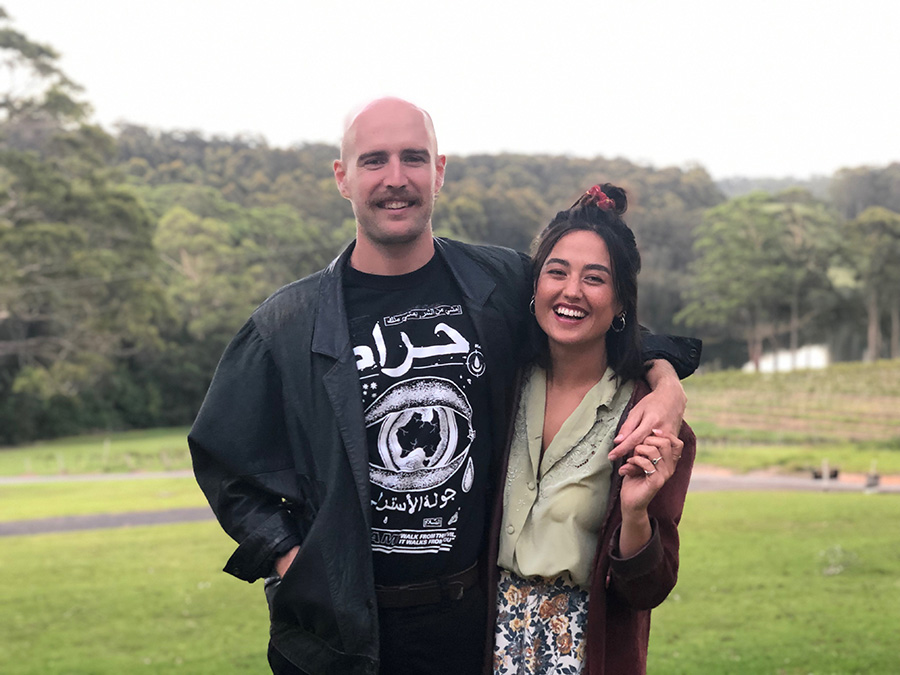 Emily King and Tenzin Butt initially started working on retreats with us at Veet’s Vegan Cooking School.  Then they moved to Bermagui where they worked at the Gulgalga Galleries and ran a juice bar (where I had the most delicious smoothie I’ve ever tasted) and now this week are opening up their own café in Bermegui called Boneless. 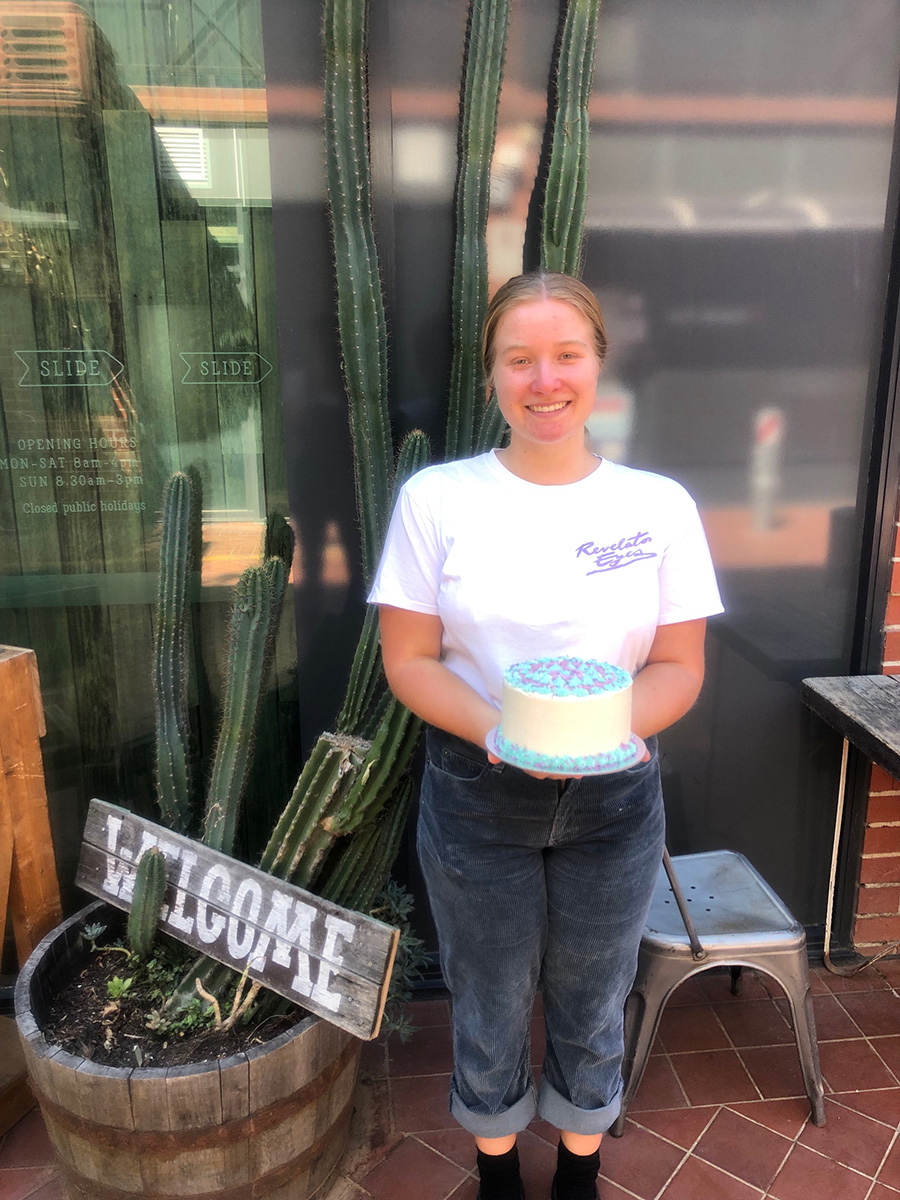 Straight after the vegan chef training Clancy started working at Santos Wholefoods making organic food for all three of the Santos kitchens. She worked there for six months before she was ‘chef hunted’ by Emily of Sweetbones Bakery, Canberra where she works as a wedding and celebration cake maker and decorator. 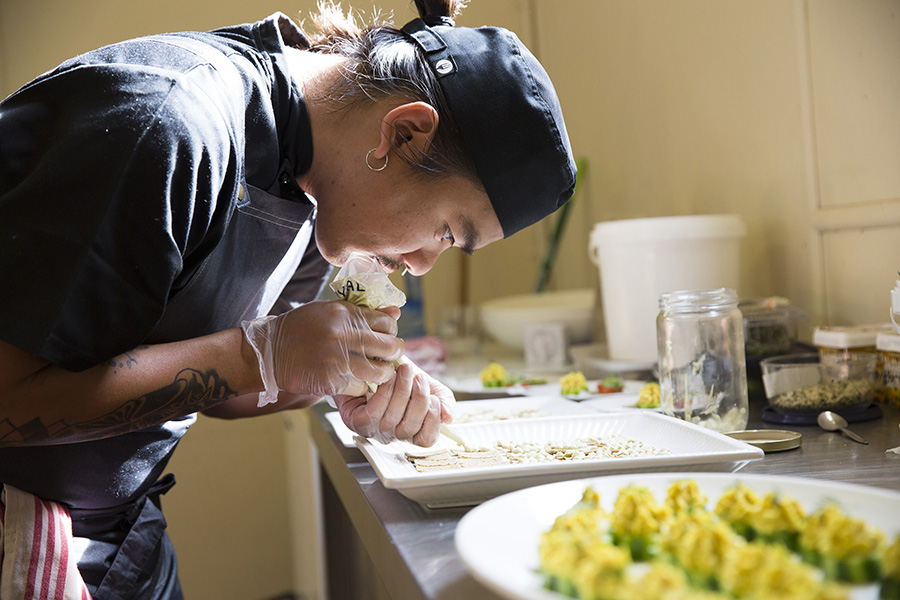 Andy immediately started working at two cafes on his return to Melbourne. Very recently Shannon Martinez the co owner of the popular Italian Vegan Restaurant Smith and Daughters in Fitzroy Melbourne employed Andy to work in their very busy kitchens. 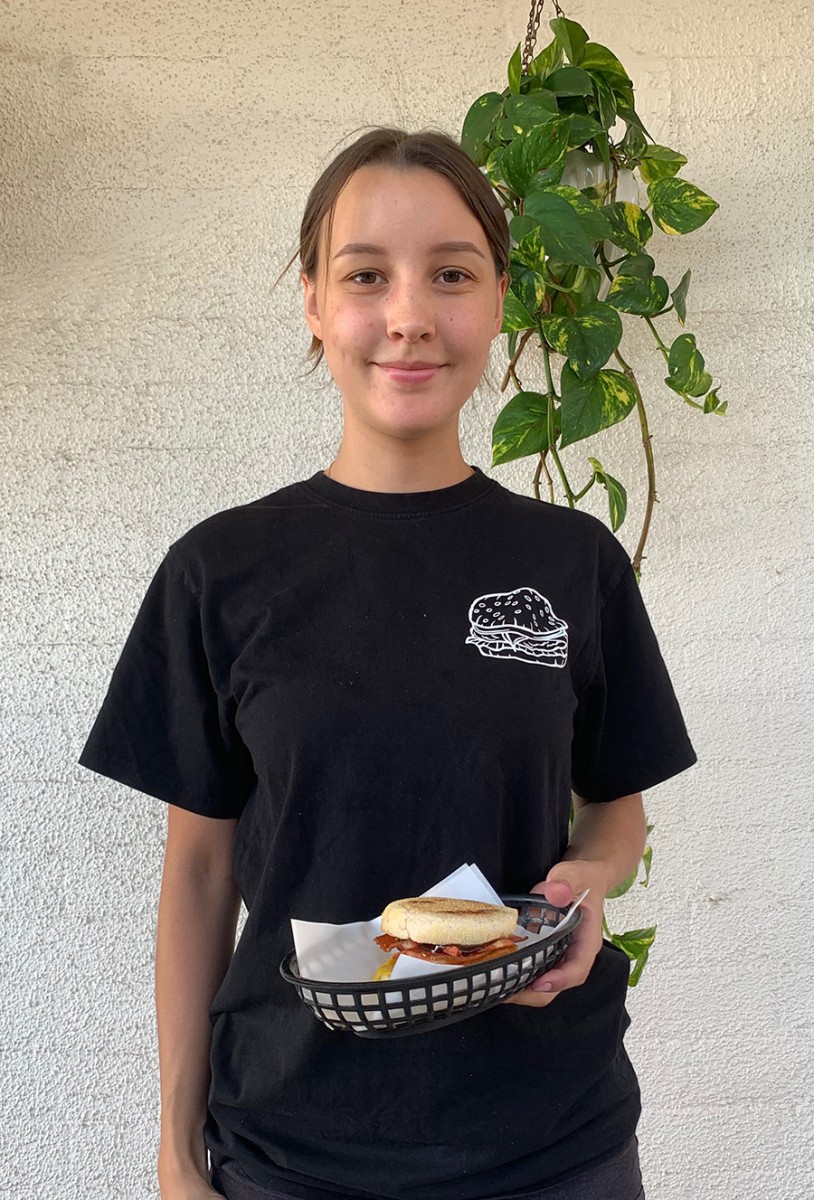 During the vegan chef training Ebony found a job in the Café Quay Canteen, Woolongong. After the training she became head chef and continues to work there. Ebony introduced vegan options for all meals on the menu and makes her signature ‘nutella spread’ and makes the best vegan gluten free doughnuts. 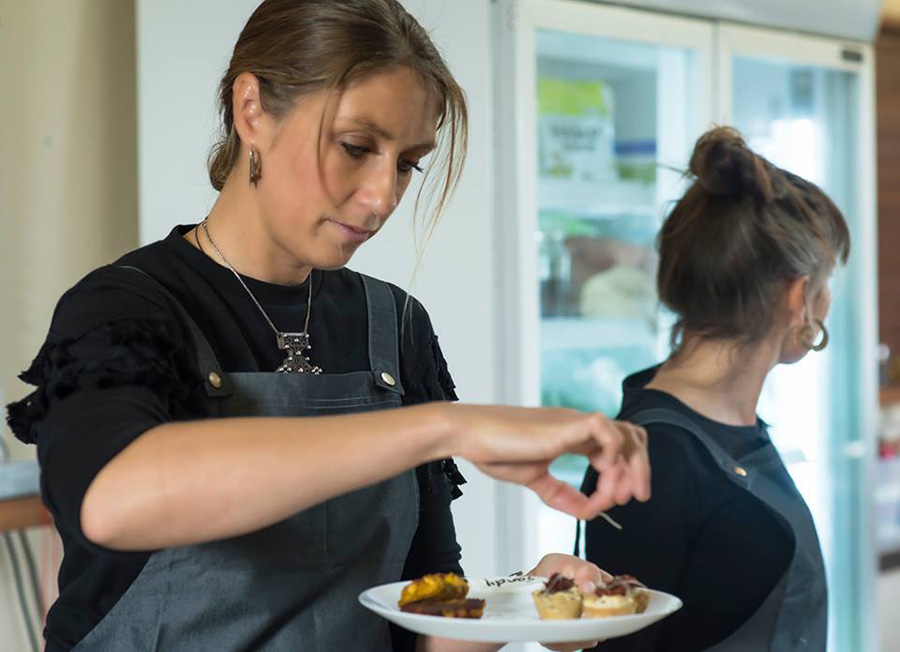 Since graduation Jessie Rae has been working in a variety of kitchen roles. She first started off making raw cakes with Naked Treaties and was also doing the raw food catering and raw food preparation demonstrations through my business for Byron Bay Detox. After a year of this Jessie took off overseas and catered for numerous retreats in Spain. She came back to Australia for a while to do some farm work in Tasmania. She is once again heading to Spain to run her own yoga retreat. 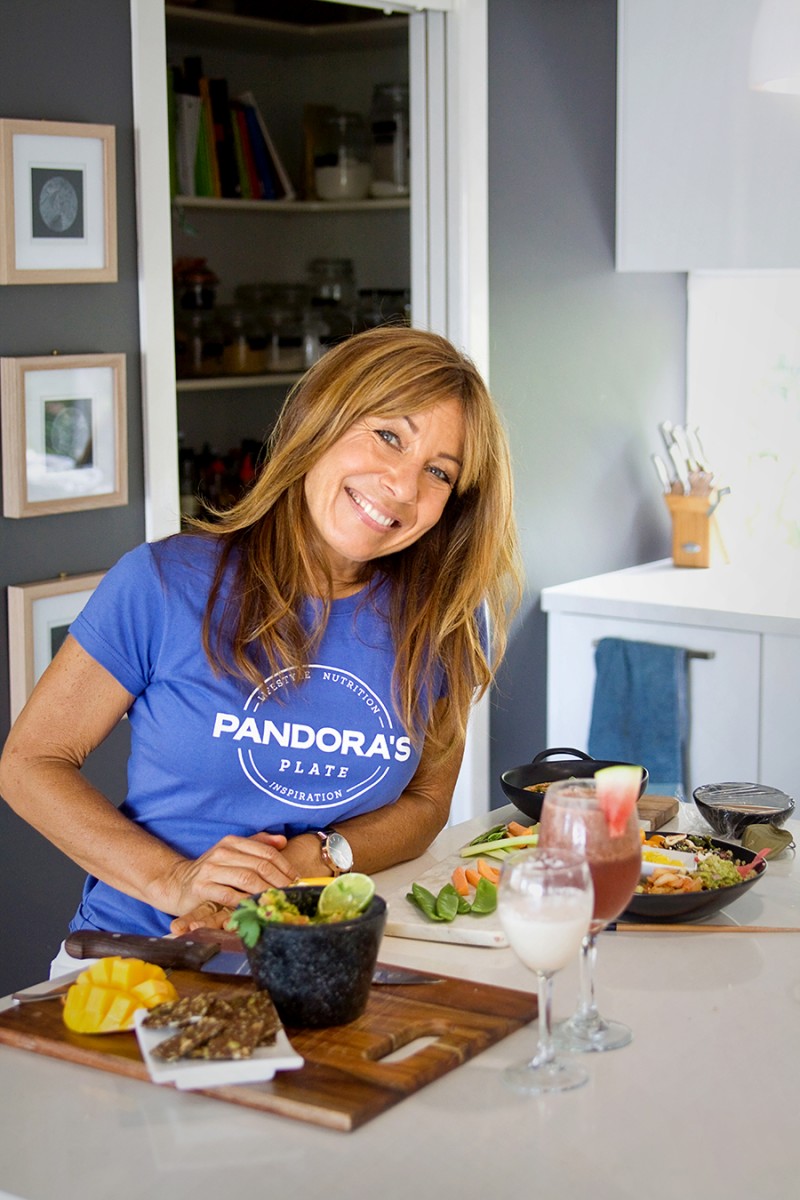 Danielle landed herself two positions straight after graduation. One in food production for Santos Wholefoods and one as a sous chef and then head chef at Elixiba Restaurant in Byron Bay. She now is doing her farm work and is working on some very exciting ideas for upcoming projects. In the week after Metche graduated she was commissioned to make two wedding cakes and cater on a wedding for seventy people. She continued to work in Veet’s Vegan Cooking School as a head chef catering on yoga retreats. She also has her own catering business called Metchelina’s Table catering for workshops, celebration events and weddings. 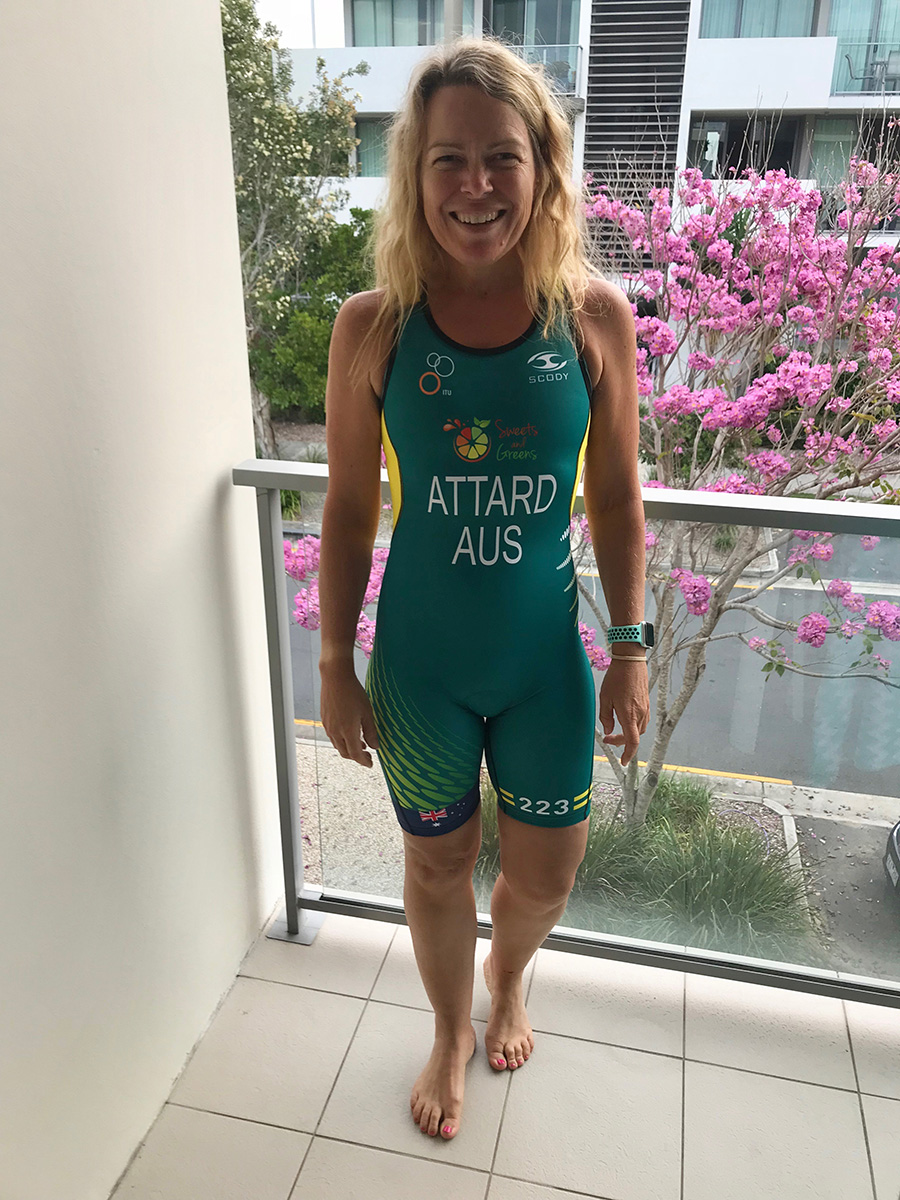 Since graduating Amanda has spent most of her time training for triathlon. She has completed an Ironman triathlon and represented Australia in Denmark at Long Course triathlon. Next up Amanda is trying to qualify to represent Australia in off road triathlon and also doing adventure racing. She continues to create recipes for her website Sweets and Greans and has also facilitated cooking classes and workshops at Qld Health and for private clients. Sammie has gone onto create a health and wellness program called Core Health. Where she helps people with their self-esteem and focusing on healthy eating and looking at any eating disorders they may have. She does this through running seminars and an online program.

This quantity will make enough for two people and possibly for two days. It will reheat well the next day. Just add a little more water as it will have absorbed most of its liquid.
1 cup millet
4 to 5 cups boiling filtered water
A small pinch of salt
1 cup almond milk
1 banana (optional)
Fruit for accompaniment - stewed apples and pears, fresh strawberries and banana slices
Rinse out a smallish saucepan with cool water (this helps prevent the grain from sticking to the pan). Place the millet and pinch of salt in the saucepan and add 4 cups of boiling water. Bring it to a rolling boil and then turn to a simmer and let cook for 30 minutes. Check half way through to see if it needs the 5th cup of water. When the millet is fully cooked (it is nice and soft) add to a blender with the cup of almond milk and the banana if you like banana and blend until smooth. If you want a runnier porridge add more almond milk or water.
Transfer porridge straight into your bowl and add the fruit of your choice to accompany it.
# If you make this recipe please share on facebook or instagram to #veetsvegancookingschool

I am not sure what is in my stars right now around changes but wow this year has been big in the way of having to cancel and make changes to the 3 day vegan cooking course dates. It doesn’t sit well with me as I love to be organised and very rarely change a commitment. Due to unforeseen circumstances I had to change the dates of the May course and cancel the July course. My fingers and toes are crossed that these are the last changes for 2019. Hoping the new dates may suit many of you
So here are the dates for the 3 day course for 2019
April 25th to 27th
May 23rd to 25th
August 22nd to 24th
September 12th to 14th
October 3rd to 5th
November 14th to 16th
Have a great week everyone.
With love Veet 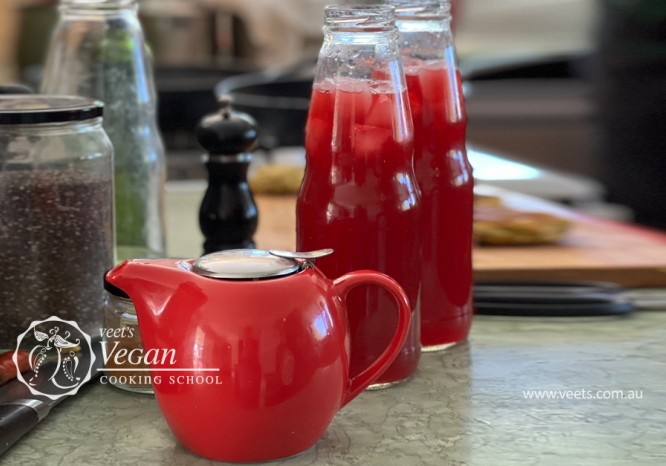 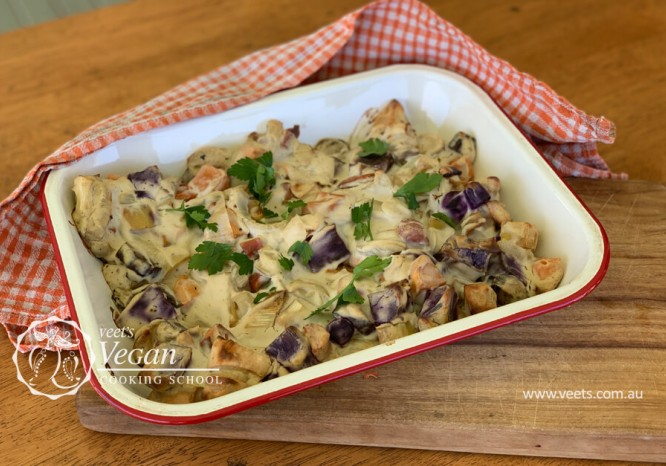