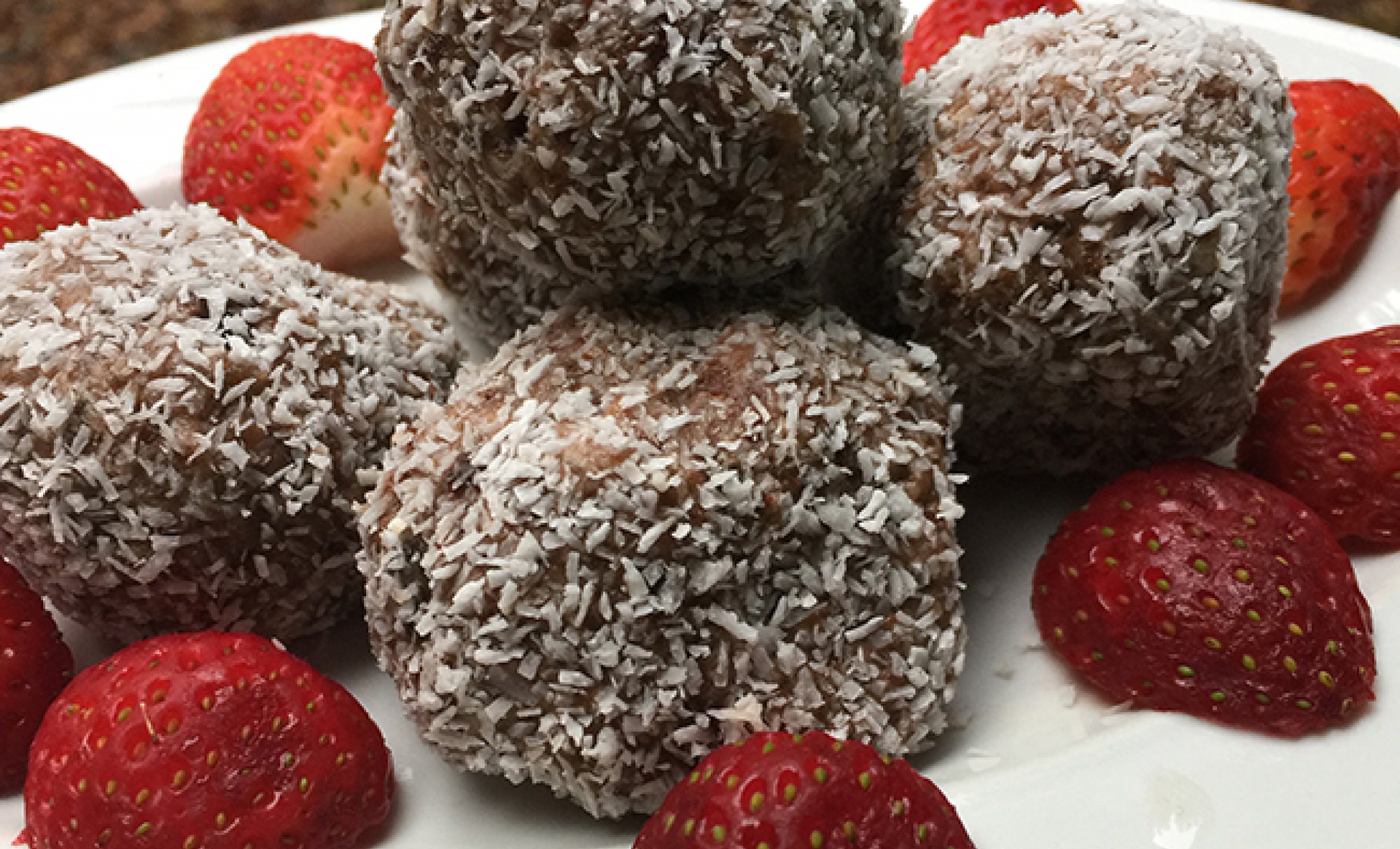 The 6th of April 2017 marks the date I gave up coffee. This was no easy feat. I have been a coffee addict from a very early age. I love the stuff. As a child I loved it in the form of iced coffee bought in cardboard cartons and as I grew into an adult I loved it in the strongest form I could find. I only had one a day so I really thought it was fine for me. I also only had organic and I could sustain a sixteen hour work day with huge amounts of energy fuelled by my daily cup of coffee. I tried to give it up many times in the past and attempted to be an occasional drinker. The first sip of that occasional coffee saw me fully addicted again.

Then last year a few weeks before the 6th of April it dawned on me that the anxiety I was experiencing wasn’t being helped by my daily one cup of coffee. I decided to give up cold turkey style (eech, is that an appropriate vegan idiom) and at the same time started to run. This was huge not only to give up coffee but also to take up running as I had vowed I would never run in my life, and I’d managed to keep that promise for more than 4 decades. What made me decide to run is beyond me right now but I huffed and puffed as I ran 50 metre stretches in my thongs (as the soles of my only pair of running shoes fell apart on the first attempt, due to being so old and unused) then slowly ran up to 100 metres stretches and eventually 500 metres and went out and bought a pair of vegan running shoes.

As I would run I would smell people making their coffee and salivate, go home have a little cry about my life not being the same without coffee. However I stayed strong and did not fold as I was noticing the positive effects of not drinking coffee. I was no longer waking up in the middle of the night crying for no reason. I was less speedy but more efficient, I didn’t have the same amount of energy to keep going on my sixteen hour shifts but I was able to take time out half way through and have a twenty minute sleep to get me going again. I also was more rational and not as easily worried by things as I had been becoming leading up to the 6th of April last year.

On the negative note my legs swell when I work long days which they never did when I was drinking coffee but the positives far outweigh the negatives and the introduction of running (or shuffling as I really don’t go all that fast) in my life has given me a new addiction which I love so much more than drinking coffee. A year on I can run up to 3 km’s which I know is not marathon material but I am so happy that I wake up looking forward to going for a run rather than drinking a cup of coffee.

I was mentioning my story to one of the yoga facilitators I work for and he told me coffee is not good for people when they are peri-menopausal or menopausal. I knew this was the case from my own experience as I thought coffee was affecting me with my changing hormones.

On another note my dad asked me what I now drink when I go out with friends for coffee. I realised that my patterns have changed and I actually rarely meet people for a drink, it’s more that I will meet them for a walk instead. If I do find myself in a café I like to order a dandelion (black) or peppermint tea if organic is an option or a fresh organic orange juice. At home I now drink the occasional kukicha tea (bancha tea) or peppermint or licorice tea. And sometimes when I feel like a real treat I will make a mug of miso. Just miso paste with boiled water and an umeboshi plum if I have one. Sometimes life feels duller without coffee but for me right now that feels just fine.

As I am celebrating a year without coffee and a year of taking up running I share with you a very decadent bliss ball recipe.

Organic is a must for this recipe.

Desiccated coconut for rolling in (the balls not you)

Place the macadamias in the food processor and grind till fine, add the chocolate and pulse till fine, then add the raspberries and pulse, then the sultanas and pulse until all combined. The mixture will be soft but will soon harden up in the fridge.

Roll into balls and roll in the desiccated coconut until all coated.

The foundation course this year (and last actually) has been fully booked each time and now there are only four more opportunities to book this year. The vegan foundation course will run in August, October, and twice in November. With the constant rise of vegans worldwide it is time now to upskill and take some fabulous vegan recipes out in the world and also feel inspired to create new dishes to wow your friends and family with. Book in today to reserve your place.

I need your ideas

I love when I can post recipes that I know you want so please do keep your ideas rolling in.

Have a great week everyone and remember to # tag me when posting your remake of my recipes on instagram. 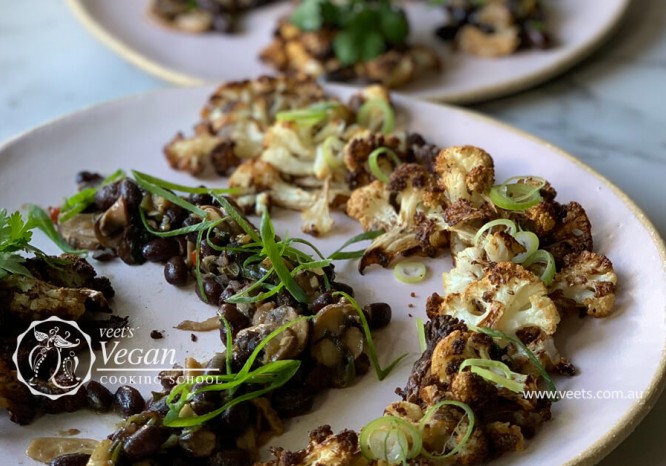 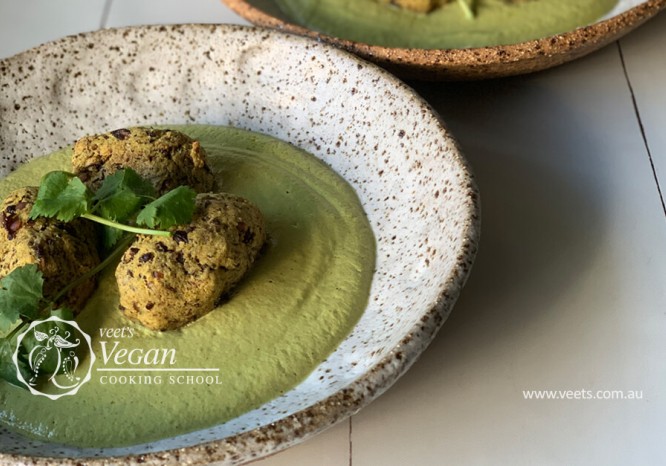 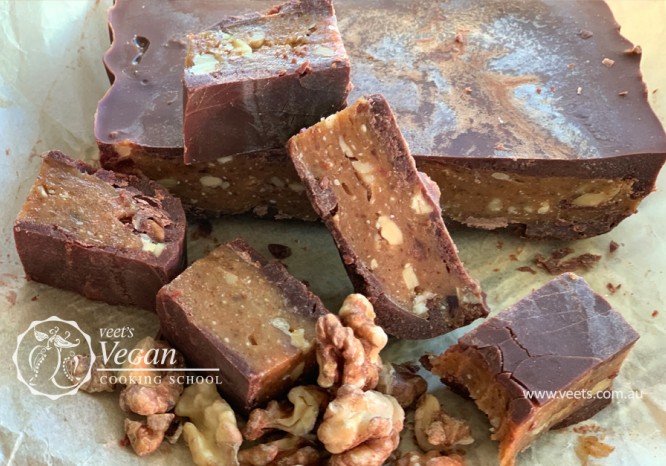