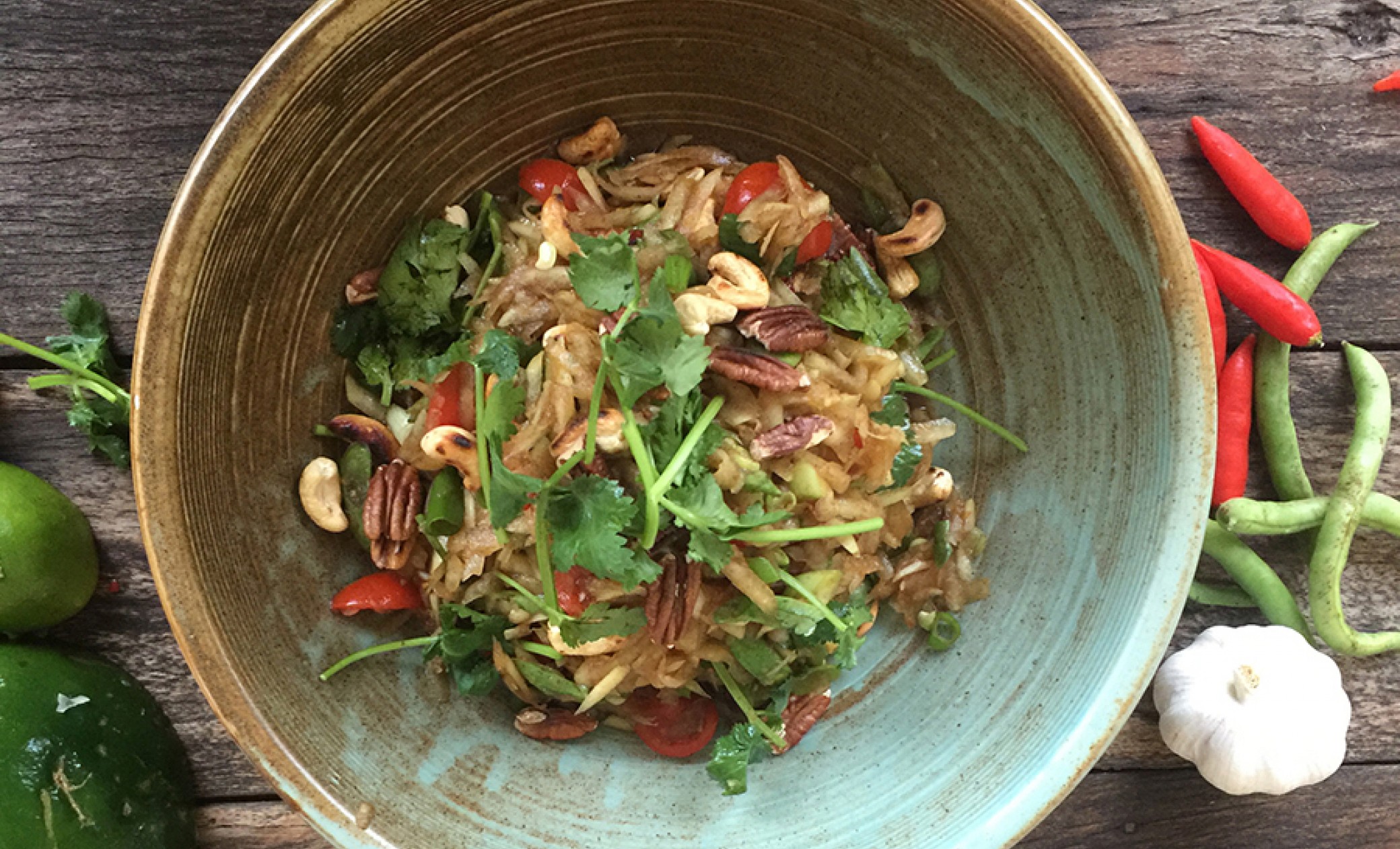 You know those meals that you had growing up that you just can’t get out of your head. Something that you just have to have from time to time to overcome the nostalgia. Green Papaya Salad (Som Tum) is one of those dishes for me. When I moved to Darwin from the tiny town of Katherine in the Northern Territory at the age of nine I couldn’t believe the sights, sounds and tastes of this new world I was experiencing. Visiting the weekly markets of Rapid Creek and Parap and feasting on Som Tum and Pad Thai made by the resident Thai people I felt like I had gone to taste bud nirvana. I soon learned to ask for Som Tum medium spicy and to ask for it made with soy sauce instead of fish sauce (my brother was allergic to fish and I didn’t like the taste).
Green Papayas are so good for your health, great for the digestive system, heart health and your skin. My sister in law from East Timor says the smaller they are the better they are for your health and they are a must to eat when you are pregnant and lactating.
All of that aside I just love them. They can be difficult to buy as most people want to eat ripe papayas and aren’t happy to part with green ones but I am lucky that a grower at the Mullumbimby farmers market will bring them in for me when he has them.
I have this green papaya recipe in my small raw food book but in this version I share with you today I made my own vegan fish sauce.  Instead of the traditional peanuts I use pecans and cashews for the crunch and added protein. I love to eat it along side rice.
Would love to hear what your nostalgic food is.

1.5 kg green papayas (weight with skin on)
Handful green beans sliced on an angle in small pieces
Handful of cherry tomatoes cut into quarters
3 spring onions, white parts and some green too
Handful each of roasted cashews and pecans
Handful of washed coriander
1 to 5 chillies (depending on how hot you like it) cut small
3 tbsp fish sauce (recipe below)
1 tbsp tamari
3 tbsp limejuice
3 tsp maple syrup
3 cloves minced garlic
2 tbsp olive or sesame oil 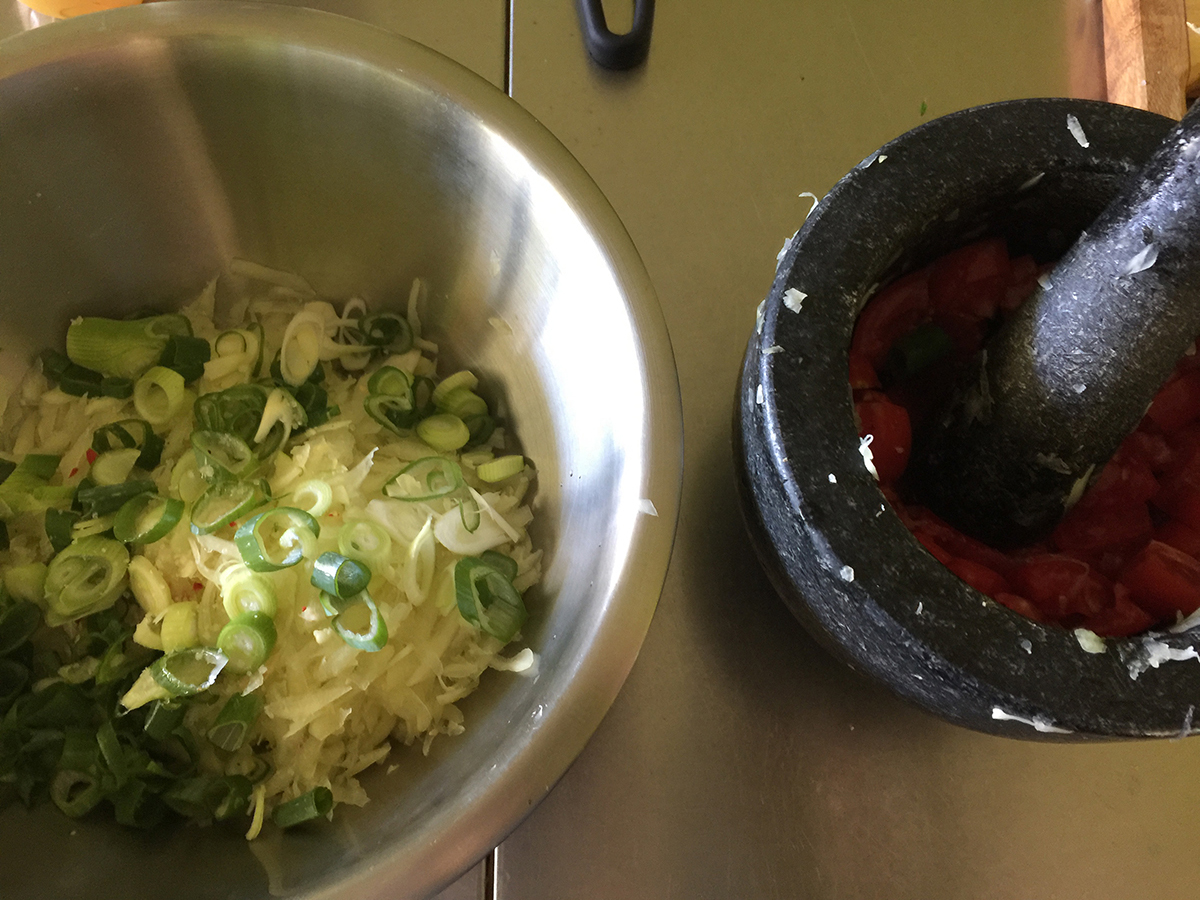 Method for the fish sauce

Place the sundried tomatoes and porcini mushrooms in the boiling water and let sit until the water cools down. Then place in a blender and blitz until all it’s smooth. Place the sundried tomato and porcini water in a bowl with a lid and mix in all the other ingredients (except the nori and the capers). Once ingredients are well mixed add the nori and capers then let sit for at least three hours. Over night is even better. When ready to use strain the liquid through a sieve. 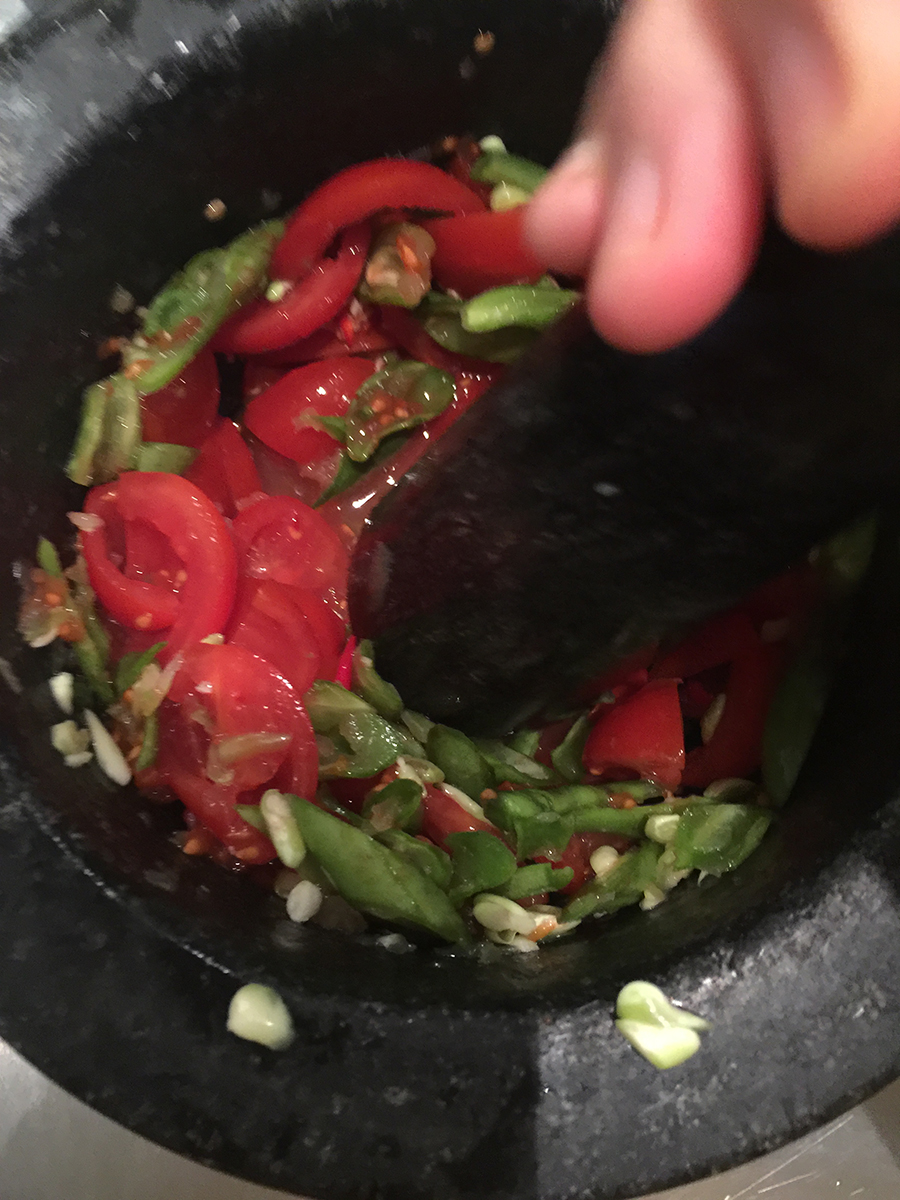 Method for the Papaya salad

Cut the papayas in half, scoop out the seeds and remove the peel with a vegetable peeler. Grate the green papaya. Then place the grated papaya in a mortar and pound them until they are slightly bruised.
Add the tomatoes, green beans and chillies and pound them too.
Mix the fish sauce, tamari, limejuice, maple, garlic and oil in a mixing bowl.
Remove the papaya, tomatoes, beans and chilli and place in the mixing bowl with the fish sauce etc.
Fold everything together then serve into one big bowl or individual bowls and sprinkle on the spring onions, coriander, pecans and cashews.
If you have made too much it is great to eat the next day, as the flavour just gets better. 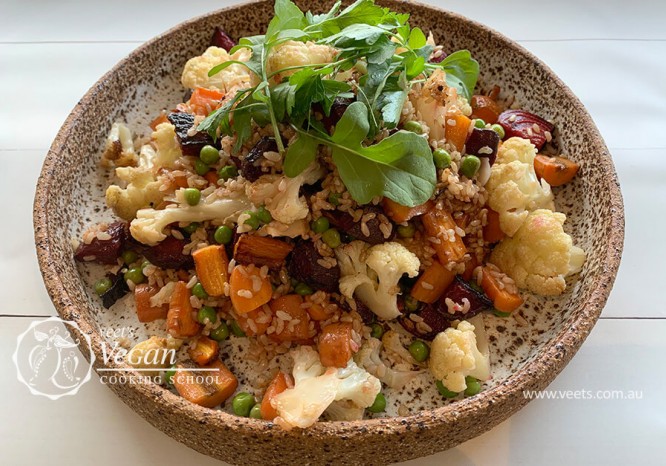 What is resistant starch and why is it good for you? It’s hard to believe... Read more 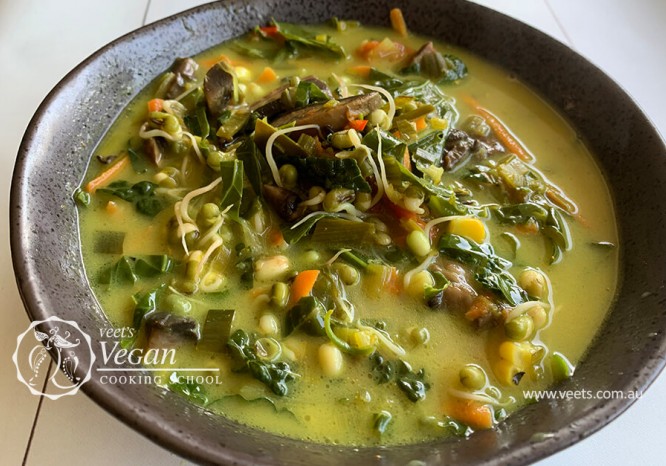 Only Fourteen More Sleeps I am bursting with excitement as we have an exact... Read more 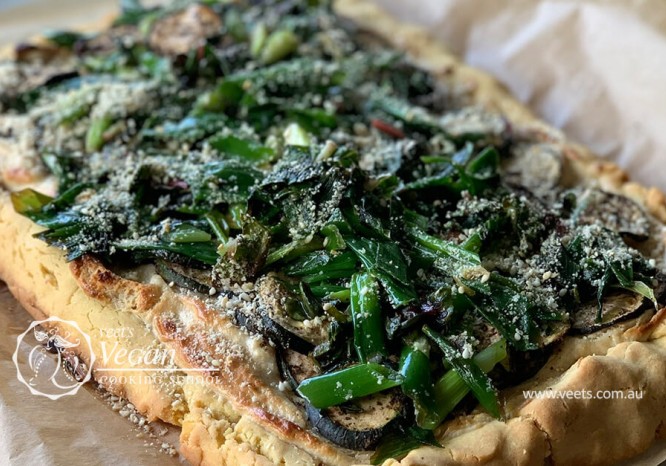